Most Effective Chest Exercises (According To Science)

If you’re trying to build strong and well-defined chest without having any clue about the science behind chest exercises, as well as chest anatomy and function, good luck with that. Though you should be prepared to go through plenty of ineffective workouts and hit more training walls than you thought possible!

It’s no secret that the biceps and the chest are the two ‘favorite’ body parts of bodybuilding enthusiasts all over the world, often seen like the definitive symbols of masculinity and physical power. Let’s be honest – the average lifter will gladly neglect his calves, quads and posterior chain muscles to focus on building a gigantic chest! Although this is kind of wrong, it happens all the time and we get it.

But if you’re a proud chest freak, you should at least learn how to train your chest in the most effective way by optimally activating all areas of it. Read all about it in the text below!

To make noticeable gains, you need to get a clear picture of which movements involve the chest and how, so that you can choose the right exercises for complete chest growth. Here are the two major types of movements that involve your chest muscles and should be a staple of your chest training:

All of your chest muscles and how to target them

Your chest is a part of a larger group of “pushing muscles” found in your upper body, and as such it enables you to perform a variety of daily activities and functional movements at the gym. To fully develop this muscle group, you need to target it with relatively heavy weights and wisely chosen exercises. In the text below we’ll discuss each part of your chest and how to properly exercise it to inspire substantial growth. 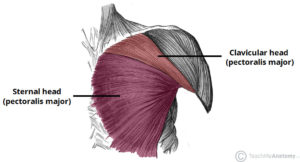 Being the chest muscle that most guys are mostly interested in developing, the pectoralis major is a celebrity muscle in its own right. This large, fan-shaped muscle originates at the clavicle, ribs and sternum, and inserts into the upper portion of your humerus (upper arm bone from elbow to shoulder), and its main job is to help flex the shoulder joint and move your arm toward and across your chest.

The pectoralis major is composed of three segments – the clavicular head, the sternal head and the abdominal head – which require different motions to be fully activated. 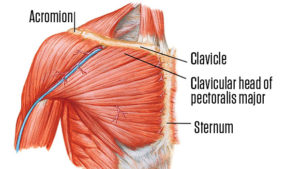 Unfortunately, this portion of the chest is the most underdeveloped and most bodybuilders find it very difficult to make it grow. Still, since the clavicular head originates from the clavicle, it is possible to effectively isolate it while the neighboring sternal head, which originates from the sternum, remains muted. Being close to the deltoid muscle, the clavicular head significantly contributes to flexion, horizontal adduction and inward rotation of the humerus, and is best engaged with exercises which involve shoulder flexion and movements that end with your elbows above your clavicle.

Here are some key exercises for clavicular head development: 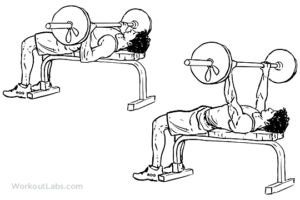 The bench press is the classic chest exercise for prompting massive chest growth and choosing to make it a key component of your routine is the first step towards success. However, in order to make the most out of it, you need to perform different versions of the bench press with proper form and technique, thus allowing for optimal muscle fiber recruitment and overload. The incline bench press, for example, is one of the best ways to increase clavicular head activation.

Furthermore, replacing your beloved barbell with a pair of dumbbells from time to time will unlock a whole new level of growth potential. The dumbbell press will make each side do equal work and develop equally, increase your range of motion and help you keep more concentrated tension on your chest muscles for a longer period of time, thereby maximizing your results.

The main differences between regular chest flies and guillotine chest flies is the angle of the bench and the direction the palms face during the movement. This variant is performed on an incline bench and with your palms facing forward as if you were going to perform a bench press. From this position, lower the weight like you would during a normal chest fly, but keep your palms facing forward all through the movement. This position of the palms enables greater stimulation of the upper portion of the chest than the typical, neutral one. 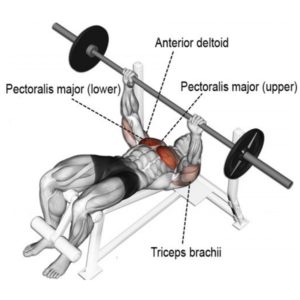 During a decline bench press, your body lies on a slope and your legs are higher than your head so you need to be very cautious if you go heavy on this one – it’s best to use a spotter to prevent the weight from dropping on you. Take an overhand grip on the bar with your hands a little bit wider than shoulder width apart. The decline bench press also works your triceps and anterior deltoid muscles. 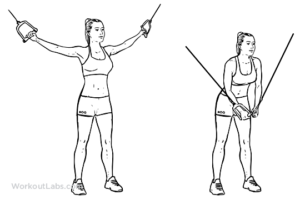 As long as you use proper form, full range of motion and weight you can handle, cable crossovers will give you a great pec workout. The constant tension provided by the cables creates a completely different stimulus than the tension produced by free weights, and you should take advantage of this in your routine.

Using high pulley machines will allow you to train your lower chest more effectively, while the clavicular head and the pectoralis minor will assist the movement. To activate your sternal head even better, make sure to turn your palms upward (supination) at the end of the movement. 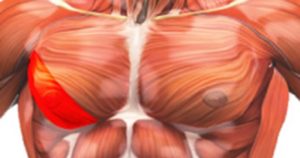 This is the most overlooked part of the pectoralis major and most chest training articles don’t even mention it. It originates at the external fascia of the external oblique muscle, called the rectus sheath, runs up and across the bottom portion of the chest and inserts at the humerus.

Although from a technical standpoint it’s the abdominal head that makes up the lower portion of the pectoralis major, from an outside view it looks like both the sternal and abdominal heads cover the lower chest region, which the much larger sternal head extending up to the middle region of the chest. This head can be ridiculously hard to optimally contract and elongate, even though most exercises for the sternal head will work it to some degree.

Still, there is one exercise that will help you effectively target the abdominal head: 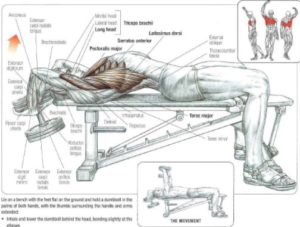 Years ago, dumbbell pullovers were known as the most important exercise for developing a deep chest. Today they’re largely forgotten, thanks to slightly paranoid exercise scientists who declared them as the ultimate shoulder killers, but their ability to help you build a full, majestic chest remains intact. Dumbbell pullovers primarily train your abdominal head, serratus anterior and latissimus dorsi.

To begin, lie crossways on a flat bench with only your shoulders sitting on the bench while your hips are below it. Your legs should be bent with feet firmly placed on the floor. Grasp a relatively light dumbbell with both of your hands and hold it straight over your chest at arm length with arms fully extended, while both of your palms should be pressing against the underside of one of the sides of the dumbbell. In the correct stance, one side of the dumbbell will be pointing towards your chest and the other end directly away from your chest.

Keeping your arms straight, slowly lower the weight in an arc behind your head, focusing on the muscles you feel stretching throughout the upper body. Go as far as comfortable while maintaining almost-locked arms, then bring the dumbbell back to the starting position above your chest. 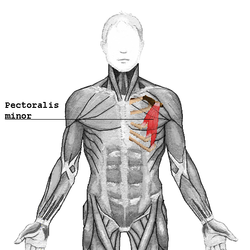 This is a small, triangular muscle that lies deep underneath the pectoralis major. It originates from the anterior surface of the 3-5 ribs and inserts on the coracoid process of the scapula; its main functions are depression and downward rotation of the scapula. Luckily, you don’t need to perform any specific exercises to develop the pectoralis minor – most regular chest exercises will adequately stimulate it. 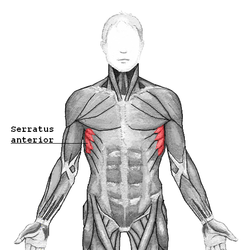 The serratus anterior is a group of muscles that originates on the upper eight or nine ribs and inserts on the anterior part of the medial border of the scapula and some of its many functions include abduction and elevation of the scapula. Although it’s a very underrated muscle (some don’t even consider it a part of the chest area) and you’ll rarely hear someone say “I’m looking to isolate my serratus anterior”, adding a couple of exercises that emphasize this muscle group to your routine will work wonders for your aesthetics and shoulder health.

You can best target it with push-up variants and pullovers. 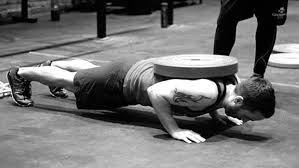 Regular push-ups engage the serratus anterior, pectoralis major, anterior deltoids and triceps brachii, so there’s a lot to be gained from performing them regularly. But to achieve greater overload on the chest muscles and thus stimulate more growth, you need to go for the weighted variant (assuming you’ve already mastered the regular push-up). Begin with a weight plate, sandbag or weighted vest that equals 10% of your body weight, then as you progress you can continue adding weight in increments of 5 to 10%. 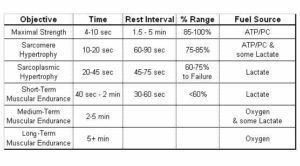 Therefore, in order to achieve maximum gains, you need to utilize different rep ranges that will activate both types of muscle fibers: use heavy-load, low-rep training as your primary style but also throw in a couple of sets with lighter loads for more reps. 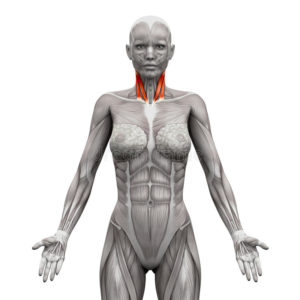